The technology used to count people is constantly improving. Today a wide range of different visitor counting systems are presented, depending on the wishes and needs of the user, location (street, room, etc.), counting accuracy, counting technology, brand, etc. However, the most widespread in almost all markets are the systems that process images from built-in or external video cameras.

These sensors are powerful computing devices installed on the ceiling above our heads (usually, video sensors are installed to the ceiling to count people passing below). But what exactly compels developers to constantly increase the resolution of the cameras used, increase the processing power, use multiple cameras, and even train Artificial Intelligence to process the received data?

Counting people with video cameras is a challenging task. Although they are very advanced, machine vision algorithms can not always recognize a moving object. The fact is that the image from a video camera quite often is unpredictable.

The sensor can be used in complex environmental conditions that affect counting accuracy because of changing the illumination level of the scene, the presence of interference, the background, etc.

The advantages of this technology include a relatively broad viewing angle of the scene (up to 90 °), which allows, in theory, to count people over a fairly wide area.

For qualitative counting, the lighting level of the scene and the presence of a uniform background play a key role here.

These are the main requirements due to which quite often it is not possible to obtain a sufficient quality of object recognition. 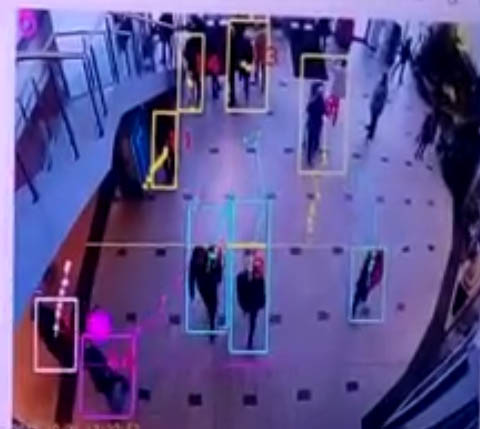 One of the main disadvantages of the technology is that such a calculation cannot be anonymous. If the developers desire it, any video camera can be used for unauthorized video surveillance.

This technology is designed to correct 2D vision insufficiencies. Having two separate video cameras allows you to "see" the scene's depth and filter out flat objects such as shadows. But this technology also has disadvantages. Algorithms cannot work efficiently if there is no contrast between images from two cameras. For example, if the object and the background have a similar color, it will be difficult for the sensor to recognize such an object. In addition, the 3D effect works only at a short distance (1-2m from the sensor), while the viewing angle of the 3D sensor is relatively narrow and is 45-60 °.

Thus, the effective viewing area for a 3D sensor is usually no more than 2x2 meters: 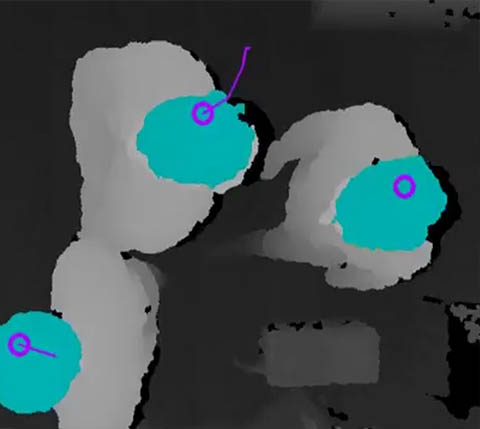 For 3D vision technology, it is also essential to have sufficient lighting in the scene. Some manufacturers add IR illumination to their sensors, but this solution also adds several issues:

This technology measures the time it takes for a laser beam to travel from a sensor to an object and back. The advantages of this technology include independence from lighting levels, as well as anonymity of counting.

Unfortunately, the ToF camera has an even narrower viewing angle, which is no more than 30-40 °. For example, when the ToF sensor is installed at the height of 3 meters, the effective viewing area will be less than 1.5 x 1.5 meters.

Some developers started using Artificial Intelligence to compensate for the constraints of video cameras used for counting people. AI can improve the quality of object recognition indeed, but it requires highly efficient microprocessors. Thus, tracking and counting moving objects using video cameras is a complex task that requires using resource-required technologies such as 3D machine vision or Artificial Intelligence. The application of these latest technologies gives acceptable results in video signal processing but inevitably leads to an increase in the cost of the system:

The effective area covered by a single sensor is not significant. At the same time, the cost of a video sensor is relatively high because the sensor includes high-performance microprocessors and expensive video cameras.

The sensor uses mmWave radar technology. It is one of the most promising technologies that can be used for people counting. Video cameras have been the trend of the last decade. But radar technology existed much earlier than all video cameras, starting from 1905 when the first patent for radar was registered. The military used this technology for various object tracking for a long time, such as flying planes or ships. The technology was constantly improved, the frequency of radiated radio waves increased, and as a result, the size of objects detected by radar radio waves decreased.

The SensMax TAC-B people counting radar sensor is fundamentally different from the sensors described above, primarily due to the robust detection of moving objects. The operating frequency is 60 GHz, making it possible to track things with an accuracy of 5mm. The radar sensor emits radio waves and catches the signal reflected from objects. Static objects are filtered out due to the Doppler effect. Unlike a complex video signal, which requires many resources to process, the radar sensor outputs clean coordinates of detected objects without any noise or interfering signals.

The SensMax TAC-B radar sensor is entirely immune to scene lighting or any conditions of poor visibility (fog, smoke, dust, etc.). It can track objects even through the plasterboard or wooden walls. In addition, the sensor is 100% GDPR/Privacy law compliant and provides an entirely anonymous people count.

The mmWave technology looks similar to the ToF camera, but it provides a much wider viewing angle of 120°. The effective people counting area for a TAC-B radar sensor is up to 100 square meters. 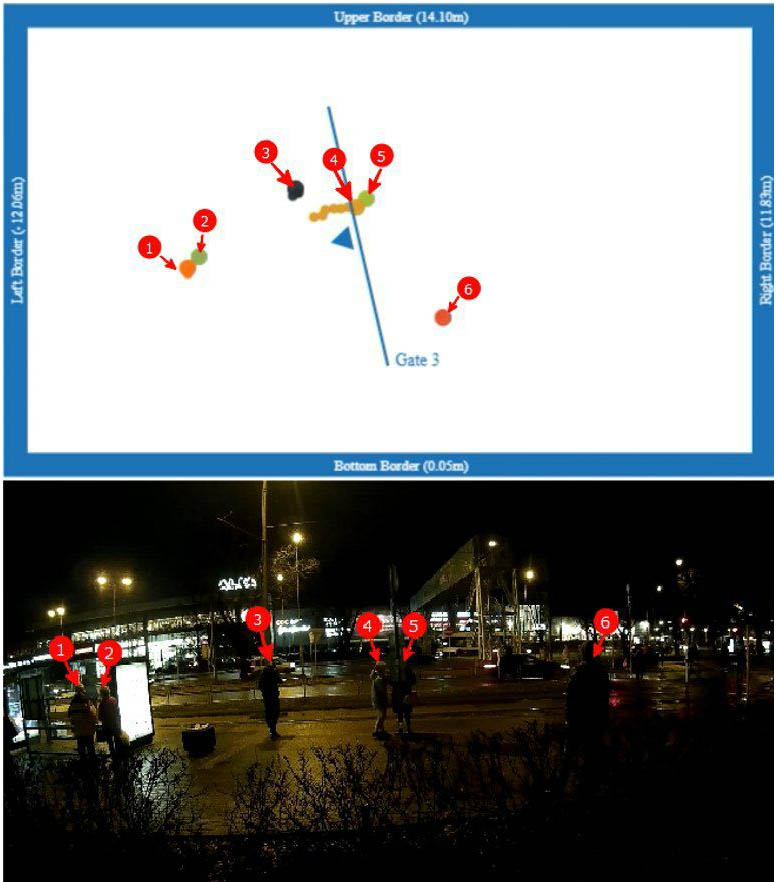 Installation of a TAC-B radar sensor is more straightforward than installing a video camera. The sensor is mounted on a wall rather than on a ceiling, which is more convenient in most cases. SensMax TAC-B was designed for a wide range of applications. The developers have paid great attention to the user interface and have given the sensor features that have never before been offered in similar solutions:

It is essential to mention some tricks used by some manufacturers. Very often, when purchasing a relatively inexpensive sensor, the user is confronted with hidden fees. Hardware manufacturers ask for regular payments for software subscriptions, firmware upgrades, etc.

SensMax TAC-B sensor is initially designed for use in independent and DIY projects. The sensor does not have a strict link to the SensMax software, and there are no hidden fees.

Hardware included in this solution Ask your question
SensMax is a manufacturer of IoT solutions & sensors.