What is a people counter?

An electronic people counter maybe called visitor counter, door counter, customer counter, or footfall counter depending on how it is used.

An invisible count line is set up in the entrance, exits, or other pathways of the store with the device. When a person crosses the count line, the device detects it, counts it, and then sends it to the retail analytics software via the internet for analysis.

People counters are used in many industries and they are known by many names whether it is an electronic people counter or battery-operated people counter. People counter that is used for counting people entering via specific doors like libraries, exhibitions, and museums are called a door counter.

When a people counter is used in the retail industry for counting the number of customers that enter and exit a store, that is called a customer counter. A visitor counter counts people that visit an event, public space, or a tourist attraction.

We recommend you to use infrared people counter because it provides clear traffic flow visualization valid data that are reliable and valid.
It gives you the best performance, yet saves your money and time because it is cost-efficient and easy to install. Sit back and relax while getting all the important data to boost your sales and maximize your profit with wireless infrared people counters. 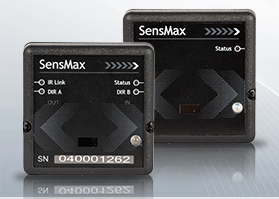 Back to news
Ask us a question

SensMax is a manufacturer of IoT solutions & sensors.