Back to devices
Free consultancy

SensMax LED-391 led screen for counters is designed for displaying the actual live information received from SensMax real-time people counting systems. The led screen reads information from the SensMax WiFi data gateways in real-time and displays live readings from the people counters. The installation is fast and easy. Just need to power it up and attach it as a standard wireless sensor to the gateway on the web configuration page of the gateway. Download user manual here.

There are two modifications of led screens with different communication ranges:

The LED display screen is designed both for indoor and outdoor use, so it is possible to fix it on a wall or standing mount nearby entrance. The bright display will point visitors attention much more compared to a standard TV or Tablet PC. 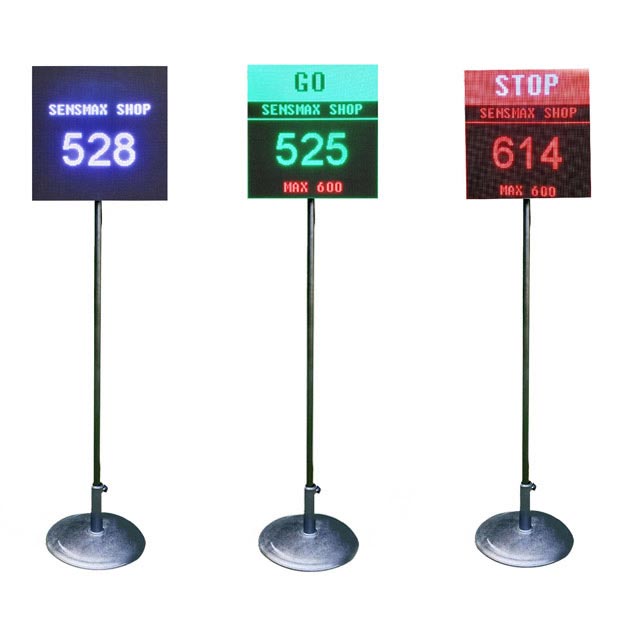 The LED screen can display two types of information:

There is an option to show information from one people counter sensor, as well as combined data from a group of people counting sensors. It gives the opportunity to use the LED screen for occupancy monitoring for single rooms/premises or complex buildings with many entrances. According to projects needs, you can set up a number of allowed people inside premises and display STOP/GO notifications in red or green color according to an actual number of visitors inside. 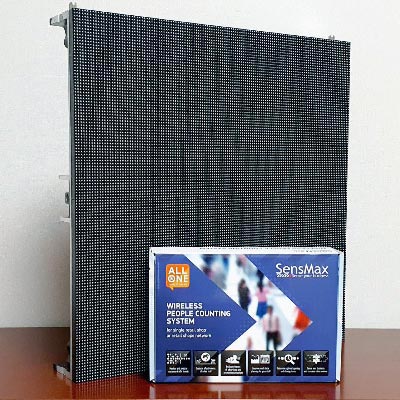 This device appears in those solutions:

Get more possibilities for your business Request more information by filling in the form below
SensMax is a manufacturer of IoT solutions & sensors.